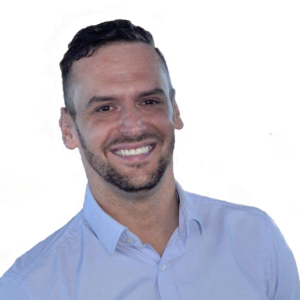 Rob Joy has a very powerful testimony that he has published a book about called “Internal Revolution”. Rob comes from a rough estate in Letchworth Garden City and became known as a very violent and angry drug dealer and addict who went to prison twice.

At the age of 26 he got radically saved and moved to Sunderland to Ken Gott’s church where he picked up a heart for revival. He was there for 4 years before moving back down to Letchworth in 2010 to be near his young son and marry Lydia. Rob served the church in Letchworth as an evangelist and also travelled the country, sharing his story with churches, schools and prisons before pioneering a church in 2012.

At the start of 2017 both Rob and Lydia felt the call to be proactive in reaching out to the people in Luton and to start travelling again. Rob’s heart is to train and equip people in the things of God and to release people into their God given destiny. Rob also has a heart for the signs and wonders that accompanied Jesus and the disciples to be seen again now and that people would start to know the authority that Christ has given us to heal the sick, raise the dead and bring the power of the gospel to the people of Luton and the world.